Ugh, what I don't like about Fanciulla del West

In the production from London Royal Opera House Jake Wallace, the minstrel singer is painted as black-face. I couldn't believe it, I hope they have finally dropped that, it is so offensive and not needed.

Could ROH be more insensible...


And that is just a problem that is not in the libretto. Then there is 2nd act. Wowkle and Blackrabbit. They say UGH, why, because they are Indians, Native Americans.

From Wikipedia about this opera:

It was first performed on 10 December 1910 in New York City at the Metropolitan Opera House with Emmy Destinn as Minnie, Enrico Caruso as Dick Johnson and Pasquale Amato as Jack Rance; Arturo Toscanini conducted the premiere.

This opera was the first world premiere for the Metropolitan Opera House, and was a huge success in the United States. Despite that, it was never as popular in Europe, except, perhaps, in Germany where it enjoyed a triumphant premiere in March 1913 at the Deutsche Opernhaus in Berlin (now known as the Deutsche Oper), under the musical direction of Ignatz Waghalter. It has fewer of the "showstopping" highlights that are characteristic of other Puccini operas, but is admired for being far better integrated than his earlier work. It shows the obvious influence of (but by no means any imitation of) Debussy, and is Puccini's only venture into impressionism. It is still sometimes performed, but not as often as Puccini's other mature operas.

Does it sound like something OK for people today.

If you want to read the original source of LA FANCIULLA DEL WEST, go to the Gutenberg project The Girl of the Golden West by David Belasco
---

Other than these glimpses of Racism or Ignorance, Fanciulla is a wonderful opera, beautiful music...

For more reviews from my travels, see www.operaduetstravel.com
Written by operaduets on Saturday, September 20, 2008 No comments:
Email ThisBlogThis!Share to TwitterShare to FacebookShare to Pinterest

Weekly Update: in less than 2 weeks I'll be in London

And this is the same production as in 2005 and really THE PRODUCTION that is on DVD from London ROH with Plácido Domingo, Silvano Carroli and Carol Neblett. AMAZON.com And Silvano Carroli is back as Sheriff Jack Rance in this season alternating with another baritone Claudio Sgura. And after the plan I will see both of them. It will be interesting.

The London DVD is best, the one from LA SCALA is unbearable unless you LOVE Mara Zampieri (but Juan Pons is great as Sheriff Rance). Then it is the Met version with Domingo (as they all 3 are with PD), Barbara Daniels as Minnie and Sherill Milnes as Rance. And I am sure many Americans will say that the Met is superior to ROH, it is afterall a very American Puccini opera. Puccini loved USA and New York 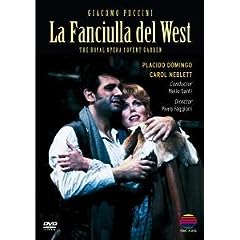 For more reviews from my travels, see www.operaduetstravel.com
Written by operaduets on Sunday, September 14, 2008 No comments:
Email ThisBlogThis!Share to TwitterShare to FacebookShare to Pinterest

Ok, soon it is not that soon, September 26-30. I have found a hotel I think I will like, on hrs.de. I had thought a cheaper hotel but when I checked with Tripadviser there was a lot of negativ stuff. So my hotel better be a real 3 stars hotels for that price.

I hope I am not going to get sick or something. LA FANCIULLA DEL WEST in London, wow, I love that.

For more reviews from my travels, see www.operaduetstravel.com
Written by operaduets on Sunday, September 07, 2008 No comments:
Email ThisBlogThis!Share to TwitterShare to FacebookShare to Pinterest 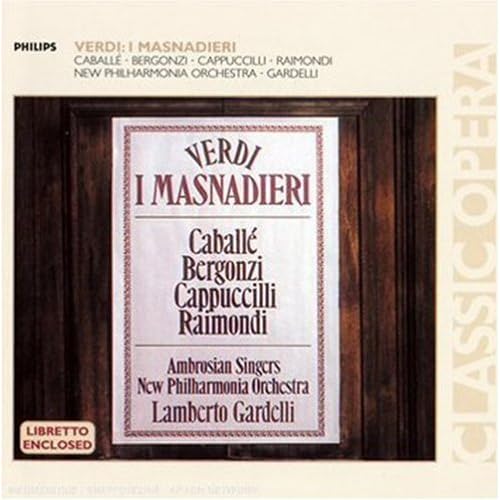 September is here and I haven't bought my travel ticket yet. Still thinking about getting to see the last Fanciulla too, can I get free from my job for that?

October: do I have a chance for a ticket of Don Carlo in Oslo's new Opera House. Should I even try?

November: I am going to see Juanjo Cura in Berlin, almost decided to go... Haven't bought a ticket yet.

December: Should I try to see Turandot with Cura in London at Christmas time or should I wait till January.


I think I love "a new tenor": Carlo Bergonzi. I have just bought I Masnadieri with Bergonzi from Amazon.co.uk. I will tell more when it arrives.


For more reviews from my travels, see www.operaduetstravel.com
Written by operaduets on Monday, September 01, 2008 No comments:
Email ThisBlogThis!Share to TwitterShare to FacebookShare to Pinterest