While searching for literature about the real Lucrezia Borgia, I found this:

Not really something about Lucrezia here, but interesting stuff none the less.

What I wanted was this one:

Instead of reading yet another review of Sarah Bradford's book about Lucrezia Borgia, I'll read the book.
What I have read, and I recommend reading to others is an article:


For more reviews from my travels, see www.operaduetstravel.com
Written by operaduets on Monday, January 26, 2009 No comments:
Email ThisBlogThis!Share to TwitterShare to FacebookShare to Pinterest

Looking forward to Stiffelio in Vienna, and ...

I am really looking forward to Stiffelio in Vienna with Jose Cura in the role of the priest Stiffelio.

But I had also plans to be better in writing my posts on this blog. So many ideas, unfortunately mostly only half-baked. I will try some analyzing of some operas. With literature list, too. And post travel tips. 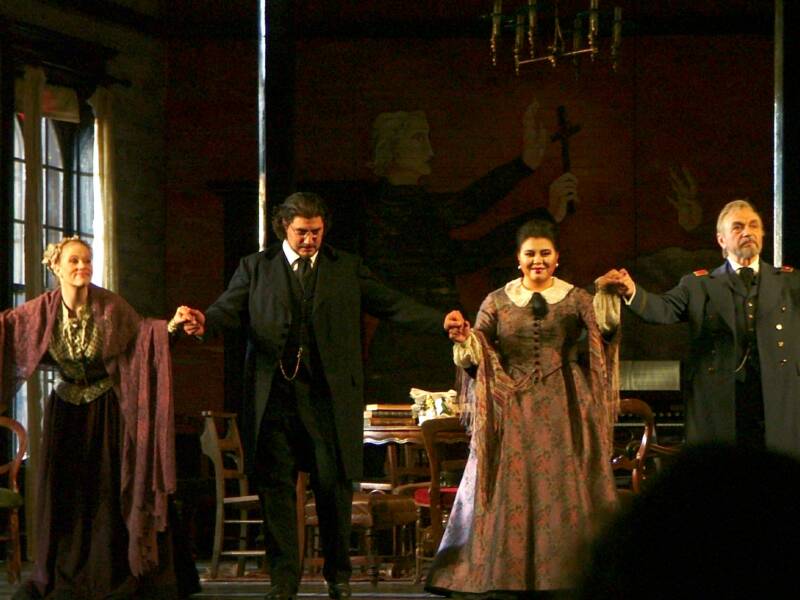 For more reviews from my travels, see www.operaduetstravel.com
Written by operaduets on Sunday, January 25, 2009 No comments:
Email ThisBlogThis!Share to TwitterShare to FacebookShare to Pinterest 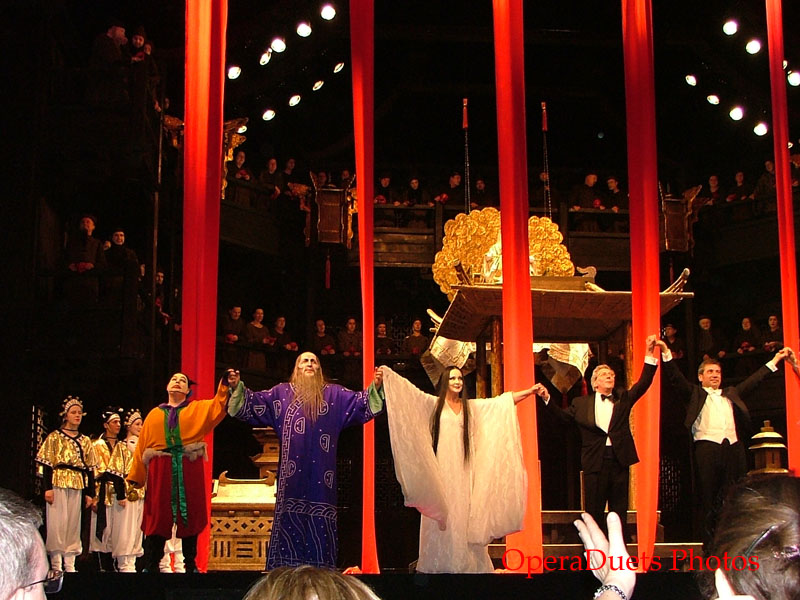 Winter travel is always something else. I forget it so often that mountains can be closed, airports with too much snow or with fog. Delays is a serious threat to winter travel. But I was lucky, the mountain road was open so I could arrive early enough to Oslo Airport. A night bus travel, 7 hrs, but I managed to sleep... Delay in Oslo, only the securing the airplane from ice, that did not take too long. But in London Heathrow, the delay was because of a lot of traffic. But I arrived with time enough to get ready for the opera evening.

The tube system in London and some serious work on it on Saturday 17 and Sunday 18 so only Heathrow Express will go into London Paddington. No Heathrow Connect this time. But Express is really good, it goes directly Heathrow 1-2-3 and Paddington. And then I use the tube system to come to my hotel near Marble Arch tube station. This time I chose a Radisson Hotel, Radisson Edwardian Hotel. I used the direction from HRS but I got to the wrong hotel. I really did not feel for finding the "right" hotel, I was tired, so the management changed the reservation for me. I had reserved Bloomsbury Street Hotel, Bloomsbury but I came to Sussex, Marble Arch. Strange that the direction from HRS was to the other hotel. The room was really small, and my bath room floor was wet (water from another room I found out later. 75 pounds w/o breakfast... But the bed was good.

What did I do after I came and saw my room (room 114)? A room just big enough for me and no guests and London right there. I walked Oxford Street and the whole way to Covent Garden and then I picked up my ticket. And I ate pizza at a Pizza Hut restaurant in Oxford Street. Back to hotel to rest up and make my self ready for the evening: TURANDOT with Jose Cura as Calaf. JCx had a lucheon with 20 members, I am sorry to have missed that, but I wanted to be extra rested before the opera. Beside I knew that I would see a lot friends in ROH at the Amphitheatre Bar and elsewhere. I was so early in ROH that I could really have something to eat and drink at the bar and wait to see if I saw somebody I knew. And before too long I was surrounded with chatting friends.

During the chat I was reminded that this was another old production just like Fanciulla was an old production. This was from 1985. I must say that some of it really looked cheap, like the costumes of Ping, Pong and Pang. But it was really some wonderful ideas there. In a way it was a lot like a musical with all that dancing. Really this was China on the cheap. 1985 really is a long time ago. I missed the Verona Production I saw in 2003 and 2005. Jose Cura really was Calaf and I loved his portrayal here. Irene Theorin was wonderful as Turandot. Svetla Vassileva also great as Liu. Paata Burchuladze as Timur was wonderful when was warmed up (it took some minutes). Great Mandarin. Ping, Pong and Pang did their job well, I just didn't like how they were portrayed, but that was the director's fault. The Orchestra was often a bit too loud. But it was really good, the performance. The production, I am torn on this one. Good, or not too bad, almost Great.

Jose Cura who was not well to sing on January 12/14, sang a wonderful Calaf. He showed very little of still being a bit sick. Unless this performance harmed him he will only be better. Naturally he left the opera house before we, his fans had the chance to say hallo to him. It was the only sensible thing to do. He sang, that is the most important fact. How well the other singers and chorus and orchestra did it, without Jose Cura it would have been little to applaud. The opera was on his shoulders.

Midnight, back to my hotel. It is almost raining in my bath room. I complain. Twice. The rain stops, but I still have a worry inside me making it harder to sleep. I get free Breakfast for the trouble. It is tea in my bag and I get tea in my hat and on my trousers. It was not hot tea. But not the happy thing to happen. I had put my waking clock on 7 Norwegian Time but I woke up 7 UK time, 1 hour later. But I was lucky. I came to Paddington and instead of 0738 train (first normal express train service that day, earlies I would have travel with bus) I could get 0755 train. OK. Everything is fine the I get my boarding card. Show my passport. Getting through security (more than 10 minutes waiting, I think). And after security, another security just for the shoes, oh, that is ridiculous. And then more waiting after shopping something to eat, drink. It is Heathrow, so there is a delay. 1 hr delay from H and 1 hr later arrival in Oslo. I had decided to take the bus back home. But I landet 1415 and my bus leaves 1440 from the bus station in Oslo. So I decide to take the plane, if there are any and of course it depends what the prize was. Expensive, but it lower than my prize limit. 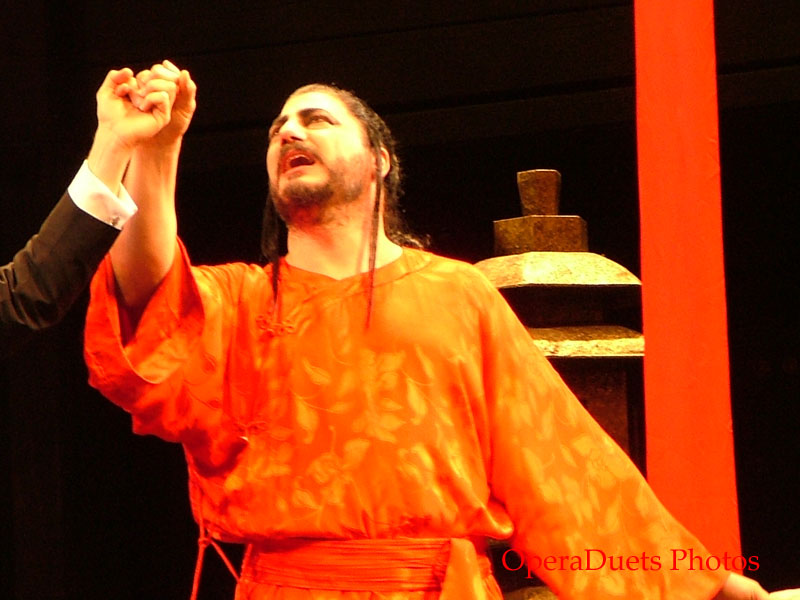 
For more reviews from my travels, see www.operaduetstravel.com
Written by operaduets on Sunday, January 18, 2009 No comments:
Email ThisBlogThis!Share to TwitterShare to FacebookShare to Pinterest 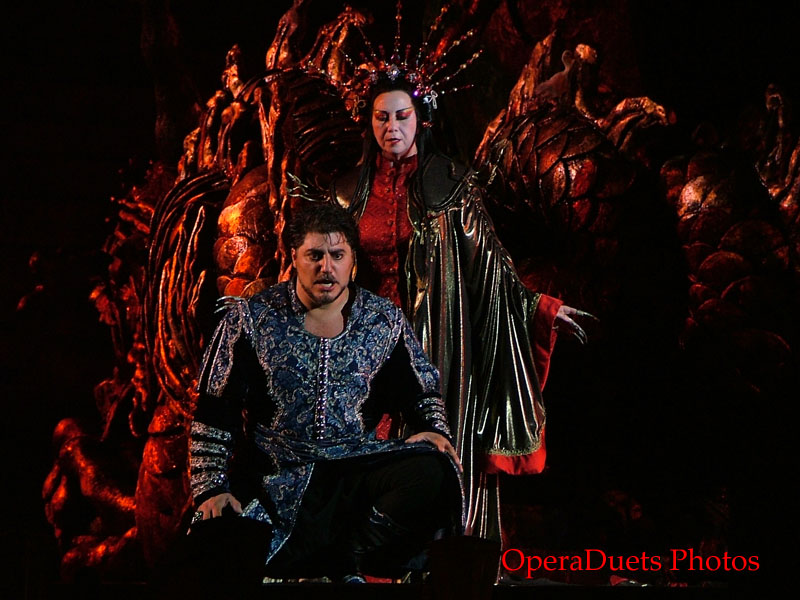 Unless weather prevents it. I will be in London and see Turandot tomorrow. I am so excited.

For more reviews from my travels, see www.operaduetstravel.com
Written by operaduets on Friday, January 16, 2009 No comments:
Email ThisBlogThis!Share to TwitterShare to FacebookShare to Pinterest

Next weekend in London to see Turandot with Cura

Before my operation I hope to see Turandot in London (January 17th) and Stiffelio in Vienna (February 7 and 10th). I will have to be at the hospital on Friday 13th, 2009. Kind'a scary.

I have also bought tickets for Carmen/Tosca early in March, but will I be on time after this medium size operation. If that doesn't go well, then I will have to wait until April for Jenufa with Baltsa (first weekend) and Tosca with Guleghina and Cura (last weekend).

But Turandot in London should go on. Because I have decided that I feel well, except for my pain in the stomach that has not stopped.

The reason I have been a bit late in writing this weekend is that I have had some serious IPOD problem probably because of my harddisk problem with my esternal harddisk mostly. NOT helped by the fact that my computer is no longer fast, but more ennoying than fast. So in this weekend I have started my IPOD again from scratch, but finally I have approx 34 GB on it Except for the part that are lost or hidden on my harddisk everything is OK. I have been syncronising all day long. And I no longer have a lot of video and photos on my classic IPOD. I need a new computer and somebody to rescue lost files on my external harddisk. So if I buy a new PC then I will also buy a better external harddisk. And then there will be the work of getting things of this PC and on to the new. That will be a kind of HELL. But if everything would work perfectly from day One that would be HEAVEN.  But when will I do it.

For more reviews from my travels, see www.operaduetstravel.com
Written by operaduets on Sunday, January 11, 2009 No comments:
Email ThisBlogThis!Share to TwitterShare to FacebookShare to Pinterest

For more reviews from my travels, see www.operaduetstravel.com
Written by operaduets on Thursday, January 01, 2009 No comments:
Email ThisBlogThis!Share to TwitterShare to FacebookShare to Pinterest