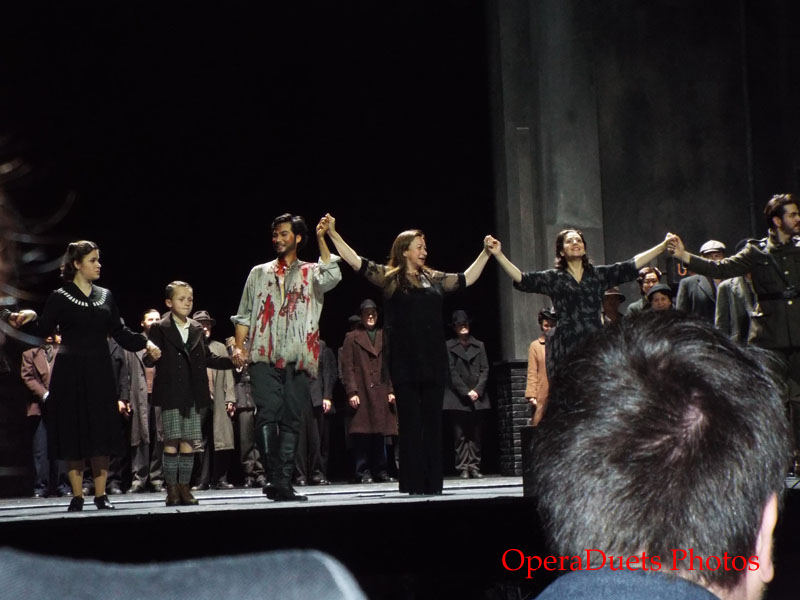 Don Carlo in Vienna, opera with one (1) Pausen 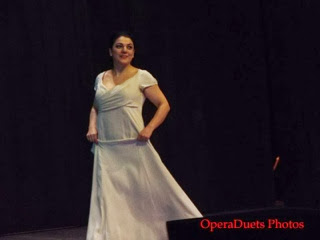 Just not what I wanted!!!
Not that I missed Anja Harteros when we had Tamar Iveri as Elisabeth de Valois. The cast was superb. The production OK. I was rested enough and had something to eat before opera but then. Maybe it was the lasagna from Pizzeria Venezia. The opera began at 19. And just 5 minutes into one of my favorite operas I feel. There is a leak. Then I realized it. The only interval would be after act 2. I suffered those 100 minutes. Yet I could enjoy the wonderful music and glorious singing. I could not immerse myself completely in Verdi's wonderful world. Pausen. After the wc queu and change of my stoma. I could have a cola light and then no more rest. Back to my seat. Act 3 and 4. Lovely, except another leak. I LOVE DON CARLO. But I cannot wait after the opera for my beloved opera stars. I came to my hotel room in time to prevent the DISASTER. This time I took my time and took extra, extra care and so I have had no more leaks. Well, one, but that was another matter entirely.
2013-10-19 Don Carlo (Giuseppe Verdi),Wiener Staatsoper
Philipp II = Ferruccio Furlanetto
Don Carlo = Ramón Vargas
Rodrigo = Ludovic Tézier
Elisabeth von Valois = Tamar Iveri
Prinzessin Eboli = Violeta Urmana
Großinquisitor = Eric Halfvarson
Mönch = Dan Paul Dumitrescu
Tebaldo = Ileana Tonca
Lerma = Xiahou Jinxu
Herold = Xiahou Jinxu
Stimme vom Himmel = Valentina Nafornita
Franz Welser-Möst, conductor
Daniele Abbado | Regie
Graziano Gregori | Bühnenkonzeption
Angelo Linzalata | Bühne
Carla Teti | Kostüme
Alessandro Carletti | Licht
Boris Stetka | Regiemitarbeit
Simona Bucci | Choreographie
Did I like the production? Well, it was OK but nothing new and interesting. The stage was just like how do we move this walls around. The effect was nothing really. Costumes good but not amazing. Modern kind of historic. It was the majesty of Ferruccio Furlanetto, the vulnerality of Ramon Vargas, the vigor of Ludovic Tezier, the sweetness of Tamar Iveri, the passion of Violeta Urmana, these singers made the opera real.
Xiahou Jinxu as Lerma/Herold was just wonderful!! A wonderful voice, a skilful presention and a singer for the future. Loved him!!! Of course I adored Ramon Vargas who is a great singer and actor. I found the interaction between Vargas and Ludovic Tezier as Don Carlo and Rodrigo, just perfect. Tezier was a really wonderful Rodrigo. The interaction between Ferrucio Furlanetto and Tamar Iveri as Fillip II and Elisabeth was another high. Vargas as Iveri also very good. I really liked Violeta Urmana and her Eboli.
So on Sunday 20th, it was time to go home. No more leaks but a really bad head ache that never stopped until Monday when I was back to work.
NEXT Verdi Opera for me: LA BATTAGLIA DI LEGNANI, Staatsoper Hamburg 2013-10-26. Wish me luck!!!
Written by operaduets on Friday, October 25, 2013 No comments:
Email ThisBlogThis!Share to TwitterShare to FacebookShare to Pinterest

Even if I am not going to Paris, you should !! (José Cura singing in Paris, October 8th)

and there are still tickets to be bought.
Information link
http://www.sallepleyel.fr/anglais/evenement.aspx?id=13271
to buy tickets
https://citm-pleyel.shop.secutix.com/selection/event/date?productId=138586385&lang=en


Written by operaduets on Thursday, October 03, 2013 No comments:
Email ThisBlogThis!Share to TwitterShare to FacebookShare to Pinterest