And suddenly it is May, an abrupt travel to Spain

So nothing for April. Lazy April, and I feel guilty for that. I had thought to travel to Bilbao for the new opera with Josep Carreras, El Juez by Kolonits. Saturday 26th April, the first Premiere of a new Opera. Then I decided, no, too expensive and I am going to Erl, Austria to see it there in August. Then a Facebook friend invited me for the Salon Opera version of Carmen with Sergi Gimenez Carreras as Don Jose and that was in Barcelona on May 1st. So I started thinking could it not be combined with a Bilbao trip for El Juez on May 2nd with Josep Carreras as el juez Federico Ribas and conducted with David Gimenez Carreras. Just like that, an OperaDuets Travel for May 2014 is born.

Being in Barcelona but not for the first time was great. Everything was going great. Well, except that I hardly slept on the bus to Oslo Gardermoen Airport, 7 hrs and maybe 2-3 hrs sleep. One can't sleep in the airport waiting hrs for my flight. No rest as some peoples was laughing so loudly and that seemed to go on forever. My headache did not help. Finally Barcelona came and finding my hotel went well. Tried resting. Then I was hungry needed to eat before opera, and then lost... Will I never find the Salon for this Carmen. My headache thundered. Then I was in a street and some other people was looking to find... something, and then I could see tickets. No longer lost in Barcelona was I. And in time for Carmen, the audience was in time, the Salon was still sorting things out. Then Prelude to Carmen. The was a staged Carmen, not the complete opera but with nothing essential missing. A piano was the orchestra and the pianist was up to the task. With full passion and acting it all out, this was CARMEN!!! 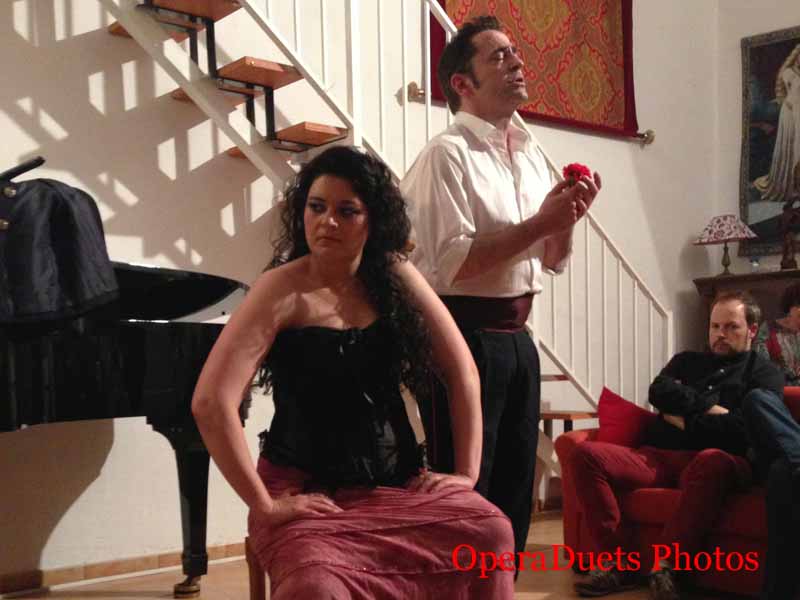 Sitting just a few feet from the opera singers this was intense. On sofas and chair in a living room with a piano we sat. The prelude and entr'acte was played on speakers. Then the pianist starts the live opera or maybe we should call it lived opera. The space was used for optimal operatic tension. The staircase was used theatrically and so was other rooms used as backstage. One of the best Carmen performances and in such a limited space! Amazing!!!
Then a train travel to Bilbao. Not my first time there but for all practical matters it could be. 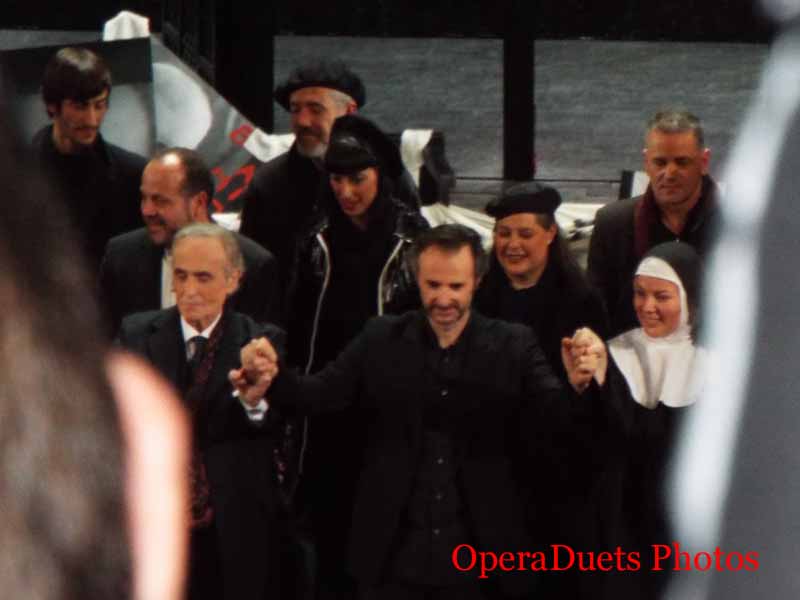 A new opera in Bilbao, an old one in Barcelona. Josep Carreras in a new role as the Judge Federico Ribas. The tragedy happens when people agree to dubious thing for a supposed higher reason. It was another villain role for Carlo Colombara. The Italian bass was Morales. Morales is a role cast from the same mold as Baron Scarpia in Puccini's Tosca. Even worse than Scarpia and more towards Mefisto. Pure evil but suppossedly in the service of the Church. Probably just after power and lust for violence.
Alberto is a man in search of his brother. The brother is one of The Lost Children. Children taken by the Church and given other parents without knowledge of the truth. Alberto with journalist Laura is on the task to find out more of the lost children. This threatens the Church and Morales. So Morales talks to Alberto and promises him to know who his brother is. The catch is that the judge that Alberto will threaten is Alberto's brother. And Morales knows this, so he will crush two in one crash. Before any happy end can happen Morales kills Alberto. As Alberton lies dying, brother meets brother. SAD END!!!
Written by operaduets on Sunday, May 04, 2014 No comments:
Email ThisBlogThis!Share to TwitterShare to FacebookShare to Pinterest