From Berlin to Hamburg, a Greek Tragedy on Valentine's Day (ELEKTRA,Hamburg 2015-02-14)

Head-aches after Friday, working with it, and trying to stop in when I came home. But in the middle of the night I decided that it will be no travel to Hamburg. Early morning came and my head-ache was over. So I took the flight to Oslo, and then to Hamburg. I stayed in Hotel Ambassador in Hamburg. Lovely. And then off to Staatsoper. First a pizza at Restaurant opera. That was not too bad, but not great. My head-ache was returning. 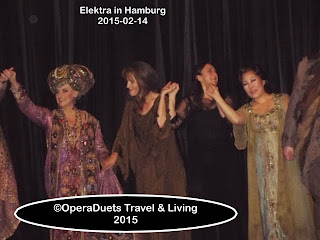 I loved the production. It was really like one can imagine the Ancient Greece was like. Lise Lindström who is famous for her Turandot had in the role of Elektra a much harder task. Her Elektra was believable as a crazy but very human woman. In this role Lise Lindström had to be present all the time, to be the person alway ON and never off. Taxing, is the least of this role. Agnes Baltsa, incredible that she is 70 now, sang the role of Klytemnestra and acted like the queen she is. Real singing from Agnes Baltsa and with real power. She was an extraordinary Klytemnestra. Nobody can do this role better. Hellen Kwon had the misfortune to be a more ordinary figure. Chrysothemis is the daughter who try be so nice that her mother Klytemnestra will give her the chance to live her own life. C just want to be an ordinary woman with husband and child. E want revenge. Klytemnestra want to no longer have nightmares or any dreams. Peter Gailliard was Aegisth and James Rutherford was Orest. The men pales at such women as Lise Lindström, Hellen Kwon and the divine Agnes Baltsa, but still they are in the right league.

Even with the head-ache doing their destructive work I was able to applaud them vigorously.

Hamburg - Frankfurt - Oslo, and now flight home.
Written by operaduets on Sunday, February 15, 2015 No comments:
Email ThisBlogThis!Share to TwitterShare to FacebookShare to Pinterest 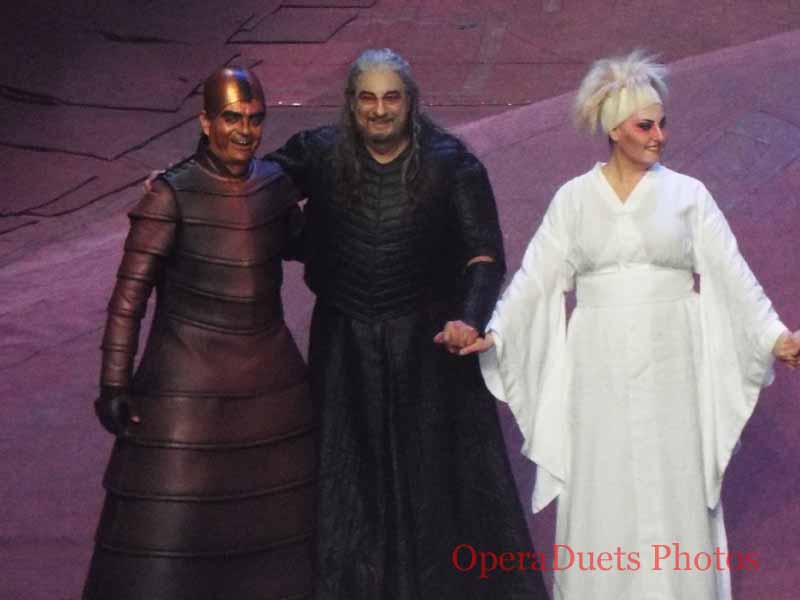 For reviews from my travels, see www.operaduetstravel.com
Written by operaduets on Monday, February 09, 2015 No comments:
Email ThisBlogThis!Share to TwitterShare to FacebookShare to Pinterest 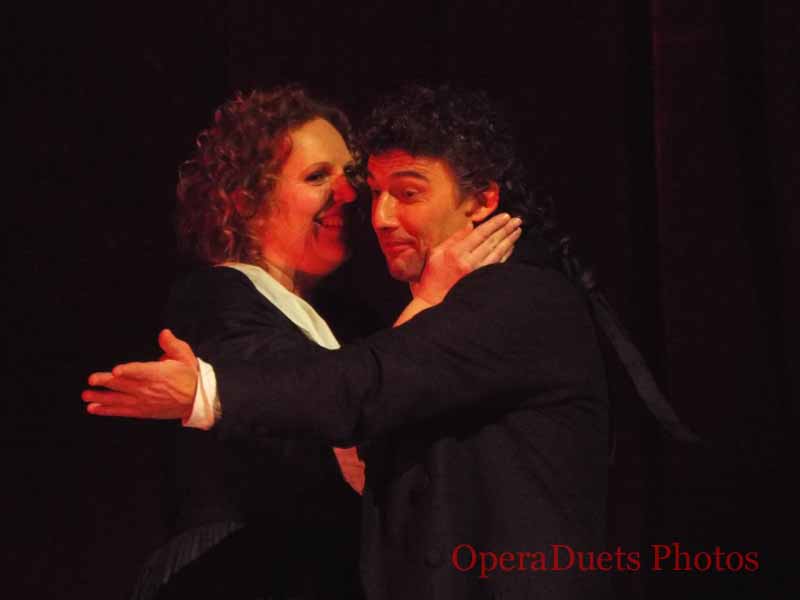 For reviews from my travels, see www.operaduetstravel.com
Written by operaduets on Tuesday, February 03, 2015 No comments:
Email ThisBlogThis!Share to TwitterShare to FacebookShare to Pinterest