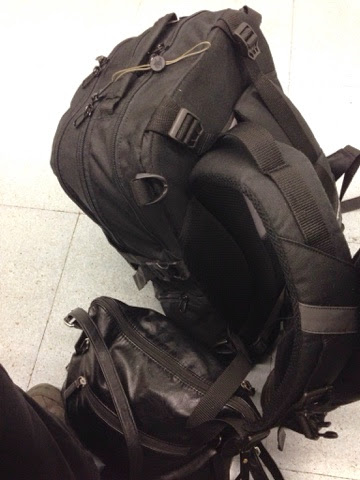 That's it. 2 items, just handbaggage.
Enough medicine and ostomy equipment, camera, phone and ipad. The essence of traveling light. But also no extra cloths except those I am wearing.
Loved Valencia!! 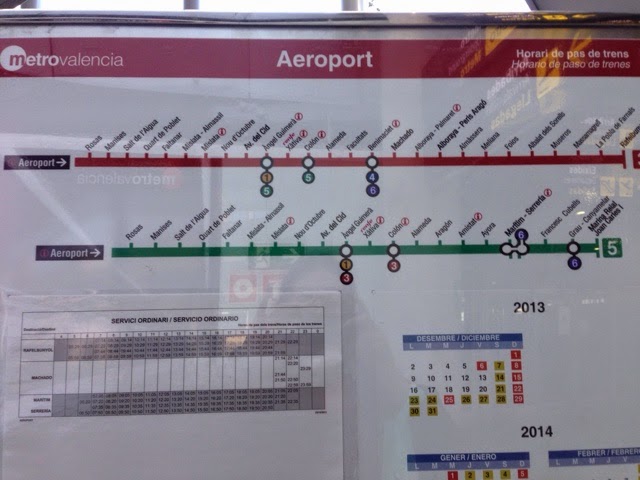 One got to be prepared to know how to get to the hotel and then to the concert. Google maps helps a lot. Best to find out before traveling and take copy of what Google maps says. 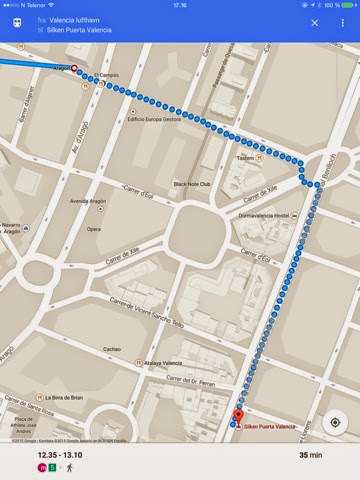 If the hotel has free wifi it is even better and easier to use ipad or iphone to go directly to where you want.
Take a lot of photos. Why else have a big camera with you? Iphone can take photos, but really how good are they? 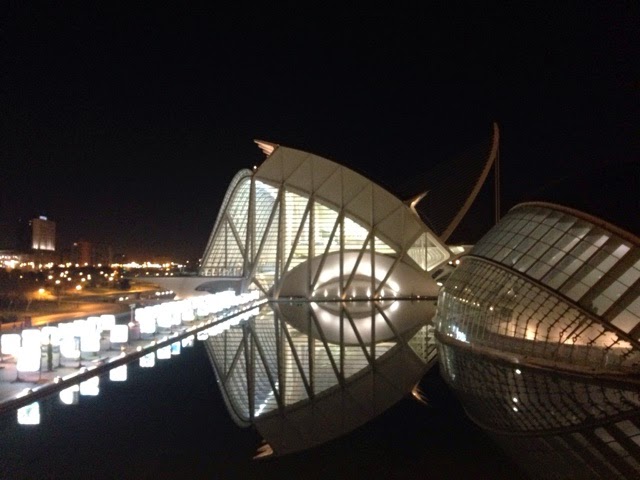 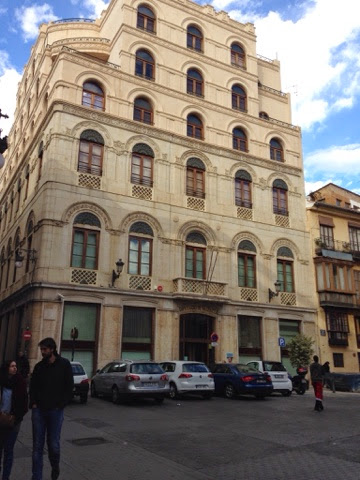 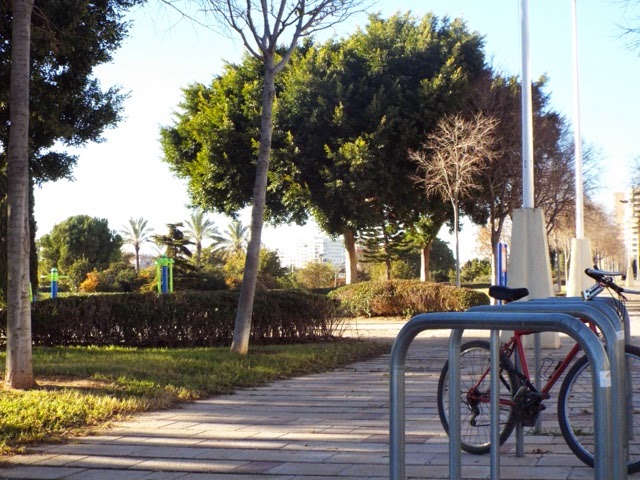 Photos from Valencia, January 2015.
Written by operaduets on Tuesday, January 20, 2015 No comments: 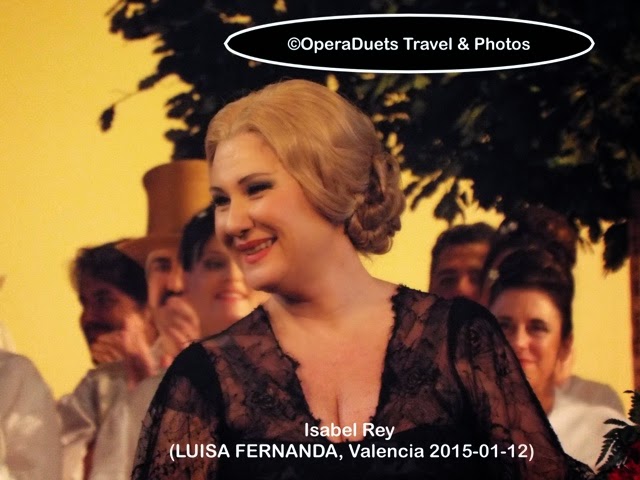 Written by operaduets on Monday, January 19, 2015 No comments: 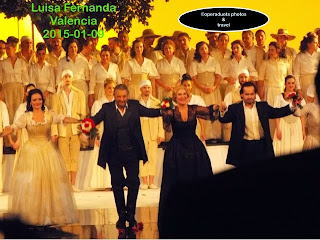 2015 started with fireworks. That is not something I enjoys. It is beautiful, yes, but dangerous and waste of money. On Friday 2nd I stayed home and relaxed in the weekend. Monday 5th I was back at my workplace and so went the days until after Thursday 8th and my final preparations for my travel to Valencia. Then in stead of going to bed as I normal do at that time in the evening/night I was off to the night bus to Oslo Gardermoen airport. Arriving there at 5 in the morning, not my favorite time to wake up, then getting my boarding pass and passing security and then Air France flight to Paris/CDG airport. It was cold and icy this morning so we needed deicing before travel could start. Still, this did not make me too late for my next flight, Air Europa to Valencia. I just had to take the bus to the other terminal, from 2G to 2F. Then I had to find which gate was mine and go there. Soon the second flight was in the air. At 12  something I was in Valencia airport. I knew which Metro I was going to (5) to station Aragon. By 1300 I was in Valencia city on Avenida Aragon. And there I found my perfect restaurant La Piazza Aragon.

While I was there looking at the menu in window the restaurant doors opens and 1330 I was ordering my pizza, La Bufala and was soon enjoying it with my Cola light. I was really hungry so it was just the luckiest time and place for me. 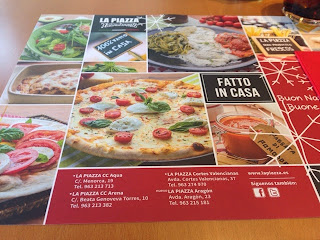 Then off to find my hotel that was naturally close by, ca 10-15 minutes walk. I loved my hotel too, Silken Puerta Valencia. My dinners was always at La Piazza Aragon. I tried to have my breakfasts at McDonald's in Plaza Reina. I was there only twice and only the first time did I get in time to get "breakfast", next time I overslept so I had to take Chickenburger but that was ok. La Piazza: I loved Pizza Bufala and the Calzone but Pizza Margerita was not good. Margerita was just tomato sauce with mozzarella sauce on the pizza. It made me doubt my devotion to mozzarrella. Pizza vegetariana was OK. 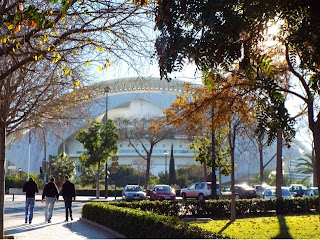 I am so happy that on Friday 9th when I was going to the Palau that I started 18 even if the zarzuela did not start until 20. I really needed that time. I thought I knew where and how to get there. But I got lost in the park and it did not seem to be any way for me to cross to the theatre. I had to ask 2 times until, I finally found a way. Wow, way to make one sweaty and nervous. I was getting hungry and thirsty, too. Finally I found an automat to buy something to drink. Luisa Fernanda time.

It was the perfect way to end a day. I came for Isabel Rey, soprano from Valencia, And she was wonderful as La Duquesa Carolina. Davinia Rodriguez was known earlier because she sang in I Due Foscari with Placido Domingo as Doge Foscari in Theater an der Wien. Luisa Fernanda is very different from Lucrezia Contarini still Davinia Rodriguez showed she could be the perfect Luisa Fernanda, too. In December Celso Albelo was Javier but I chose Josep Bros and for me that choice paid very well off. Placido Domingo was Vidal Hernando, of course. This time he came of as a bit hoarse at times, but he is still the Placido, Placidissimo! Maria Joae Suarez was Mariana and she was just such a delight to see and hear.

Written by operaduets on Saturday, January 17, 2015 No comments: