OD Travel in March: Once more to La Boheme in Zurich 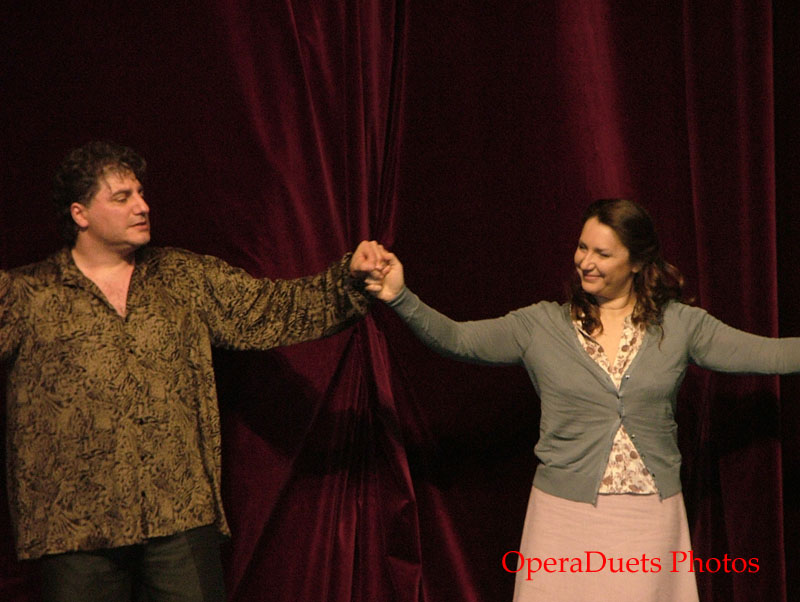 Saturday 27th March 2010
Because of my travel to Zurich to see another LA BOHEME with Jose Cura as Rodolfo I had to leave the opera SIMON BOCCANEGRA after the Prologue and Act 1. Andrej Dobber was a great Simon Boccanegra, Ferruccio Furlanetto sang a fierce Fiesco. It was disappointing that Paolo (Massimo Cavalletti) seemed so weak against the great bass of Alexander Vinogradov as Pietro. The young couple was sung by Ailyn Perez and Aquiles Machado. After "Come inquest'ora bruna" I got used to Ailyn Perez' voice and found her to be a wonderful Amelia. Aquiles Machado was also a delight as Gabriele Adorno.


With the sounds of SIMON BOCCANEGRA from Staatsoper Berlin in my ears, I waited for the train to come. First I had time to eat in Hauptbahnhof's PizzaHut and to visit the WC center. 30 minutes delayed did the train leave Berlin Hauptbahnhof. (2252 in stead of 2222). I had a good night sleep in my Ruhesessel (sleeping seat).


Sunday 28th March 2010
Arriving in Zurich Hauptbahnhof at 0920. In the night Winter Time had changed to Summer Time so magically the time was 1020 in Zurich. My mobile phone fell asleep in Zurich and would not wake up until Berlin when I could get it fired up again. On the first floor below Ground Floor in Zurich HB is the first WC center it is called here McClean and costs 2 SFr, on the second floor below it is WC Züri with 1 SFr. I know since I tried them both out. My breakfast was McChicken at McDonald's with Cola Zero to drink. And very soon it was time to go to the opera house. I was there at 1300 and visited the WC there. It was free and nice and necessary duty.


It was the better performance. Since it was my second time of this La Boheme nothing came as a surprise. Barbara Frittoli had it all, voice and acting, just like our José. 4 times I have seen them as Otello and Desdemona and now once as La Boheme. Verdi and Puccini singers De Luxe. It not only had the best Mimi but the conductor seemed be better too. Jose Cura sang even better, he sang a superb "Che gelida manina"and of course since now we had Frittoli it was a great singing of "Si. Mi chiamano Mimi" and in ended in a marvellous "O soave fanciulla". Act 2 started before the audience was finished applauding act 1. Even Musetta's aria was better now. After the interval it was act 3 where the only imperfection was that the dress Mimi was wearing was unflattering for the singer. But when Barbara Frittoli started to sing all such ideas was forgotten. It was another superb act with Jose Cura and Barbara Frittoli in great voices and the acting was great. Act 4 was really emotional and for once tears started to roll when this Rodolfo understands that his Mimi was dead. Even hardened opera fans would be brought to tears by this ending. The applause from the audience was by every act and aria more intense especially for Cura and Frittoli.

It was a great night of the opera.

After the opera I got in a panic I though I had forgotten my mobile somewhere. Never has any panic served me better: José had not left the building. Just as I found my mobile in my pocket ( how embarrassing) I noticed thhe unusual tumults meaning José is here!!!!!!!!!!!!!!!!!!!!!!!!!!!!! So in the end I got my photo of Jose Cura and Barbara Frittoli (not together at the backstage).

Jose Cura and his wife had their luggage with them. They walked together in the rain towards the train station Stadelhofen to get to the Airport to fly to Madrid. Or so I imagine. I was leaving the opera house also but I took the tram to HB. I bought something to drink and a Brezel in Zurich main station.

My night train left 1944 for Berlin Hbf. Another Ruhesessel (sleeping seat) and the light is on. The lights stayed on until after Mannheim (0030). But I slept with my eyes covered.

Monday 29th March 2010
Arriving in Berlin at approx 8. PizzaHut. A plain Pizza bit with Cola light. Then to Friedrichsstrasse and my wonderful 4 stars hotel, NH Friedrichstrasse Berlin where I relax and sleeps for some hours. In the evening I decide to eat at a restaurant PizzaHut and not an express shop. I think I remember Station Zoologischer Garten from earlier visit in Berlin, and I am right. But it is only an Express. So I ended up walking up and down Kurfürstendamm and gets lost but in the end I find KaDeWe where I know a U-bahn station is close by and then I am saved and can travel back to my hotel. Sadly this means that my dinner is from Burger King but the TenderCrisp Chicken is really good. And I have bought 1.5 L Pepsi Max, a basket with strawberries and a basket of melons. And I eat it in my hotel room.

For more reviews from my travels, see www.operaduetstravel.com
Written by operaduets on Thursday, April 01, 2010
Email ThisBlogThis!Share to TwitterShare to FacebookShare to Pinterest