Today is my birthday, and yesterday I was in our wonderful opera house in Oslo. Since it is Christmas Holidays I at my parents home so it was just a bus trip (almost 2 hrs) to Oslo.

The director was Stein Winge with scenography and costumes by Tine Schwab. This production of Macbeth by Verdi was neither a scandal nor a dramatic tragedy. Neither, a sad word. It was good but not great. It was a production that managed the scenes with the witches well but did not manage to make us (or at least me) care about the characters. 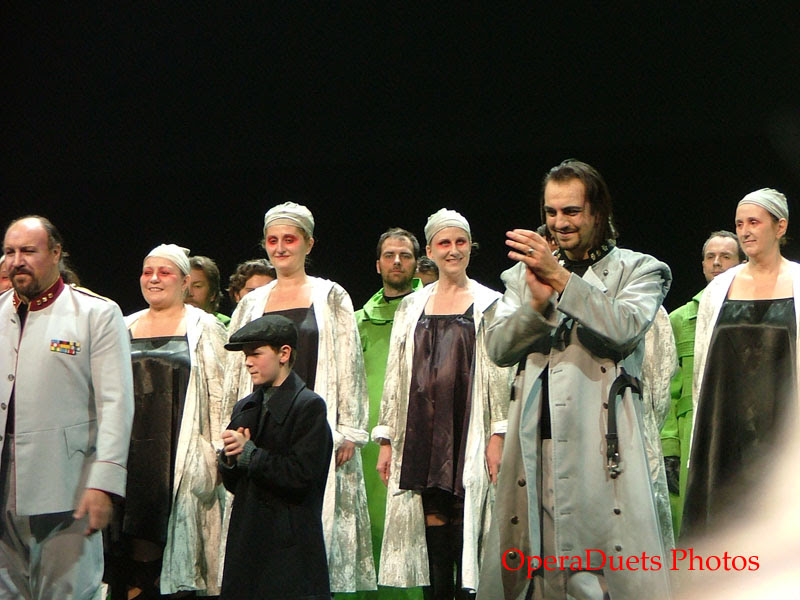 The magnificent bass Magne Fremmerlid was Banquo and did a superb job. The young Italian baritone Claudio Sgura was Macbeth. The singing of Sgura was great, his acting too, but he was not given a big palette to draw from. Stein Winge's idea made Macbeth from first note a flawed and weak man, and so he was from beginning to end. Lady Macbeth was sung by Itziar M. Galdos, who started weak but ended with a breathtaking sleepwalking scene. Brava!! But in the first aria of Lady Macbeth Stein Winge made her go from one side of the stage to the other aimlessly, so against the music and the words, not wonder Itziar M. Galdos even sounded unfocused. Luckily from the first aria she was simply better and better. The whole house should have stood up and cheered after the sleep walking scene but then Claudio Sgura was onstage and it was in so many ways Claudio's show. Daniel Johansson was Macduff and his rendition of Macduff's aria was one the best I have ever heard.

What is the problem with Macbeth, the opera of Verdi? Usually one talks of the supernational elements, the witches, and that Verdi was not his best in this elements. But in this production those scenes worked well. Some critics disliked the fact that it was just women in anoraks, but I disliked the laughter of the witches. The main thing was that it worked. The way Stein Winge incorporated the witches and some symbolic in the rest of the opera was exciting. He made us think that some of the women (all) of the royal court was also witches.

The King Duncan is no virtuos man if one is going by the way he imposes himself on the Lady Macbeth and jovially "Macbetto!!"  to Macbeth and gives Macbeth a medaille. As all goes to the party, Macbeth remains alone. Why? Because in this production Macbeth is essentially a loner? Or just because the opera has to go on. Macbeth has many of these loner moments, or just laying down passively, or fainting. Who can care for this man? Does the Lady? Is she really the strong one of the two? Who is Lady Macbeth and what is her motivation? The portraits of Macbeth and his Lady are just skin deep, so the opera is boring but the music is glorious. The scene from Macduff comes to wake up the King, the murder and procession of the dead body of Duncan is just glorious. A highlight.

It is sad to see so many opera dirctor is doing the same thing, in Macbeth a refugee choir with their photos of loved ones. I started to think about copyright, whose photos and was permission given to use these photos in this way. Frankly I found it disrespectful. And was there even a need to use photos, no, I think we would have understood the plight of refugees without it. 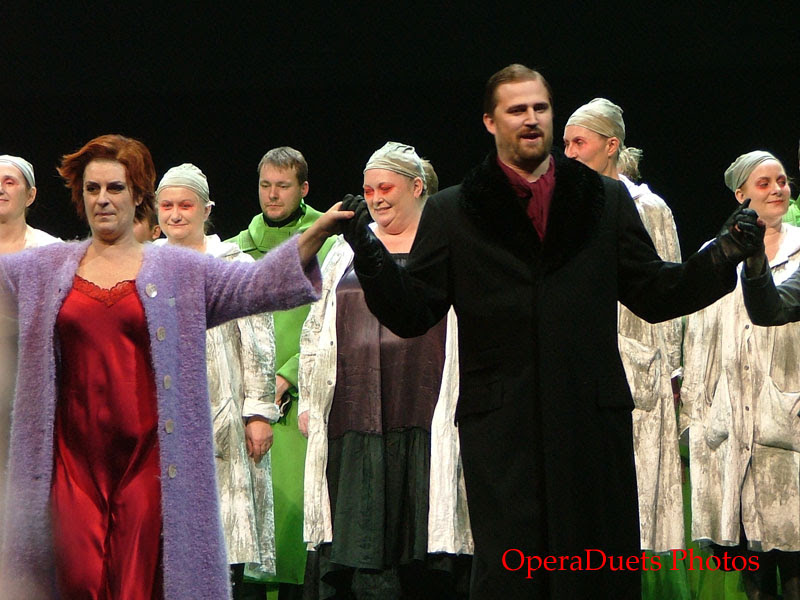 When I was back again it was already December 28th, and my birthday!!


For reviews from my travels, see www.operaduetstravel.com
Written by operaduets on Wednesday, December 28, 2011