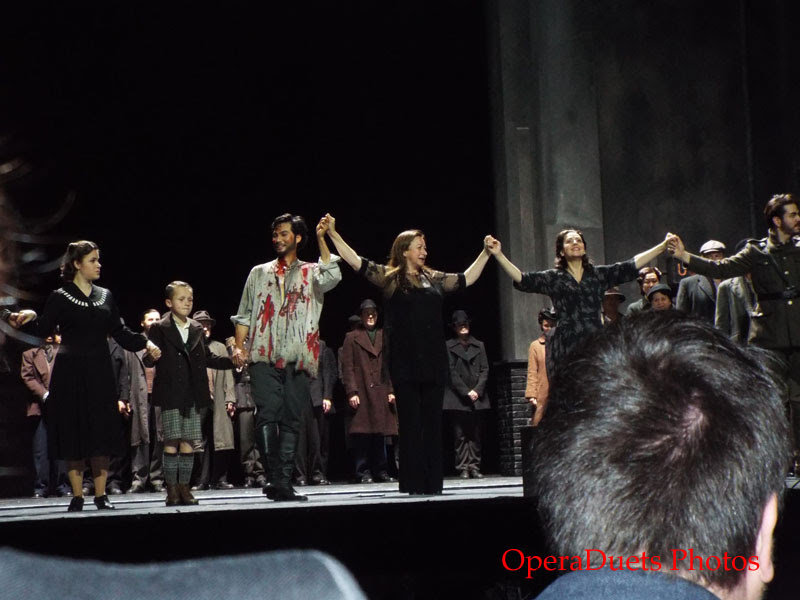 Written by operaduets on Wednesday, October 30, 2013

Yes it is a great opera and unjustly neglected. It was a superb performance - the tenor especially outstanding.
I think the opera was being performed on the stage of a ruined opera house (the bombed Hamburg Staatsoper?). The brochure shows the ruined theatre and its shattered proscenium arch framed the action and the chorus was seated in one of the ruined balconies. The back wall of the set represented the back wall - with exits, ladders and scene dock - of the original theatre.