Simply the best Elvira of all times: Ditte Højgaard Andersen as Svava (Nordfjordeid 2014-10-05) 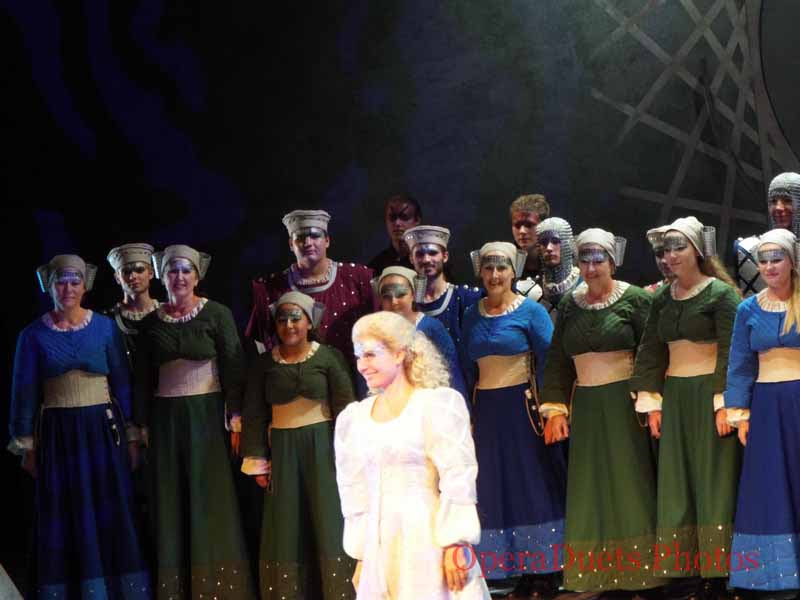 The Opera Nordfjord production of I Puratani by Bellini was called Søner av sola (Sons of the Sun) and was called a fantasy opera. Norse mythology in stead of Civil War in England. New translation by young Norwegian Jostein Avdem Fretland.

Two Danes as the protagonists Svava (Elvira) and Vakar (Arturo): Ditte Højgaard Andersen & Bo Kristian Jensen. Trond Gudevold was Svava's uncle Svidre (Giorgio) and Bjørn Gisle Seter was Svavna (Valton), King of the Volunds. Then as the other man who loves Svava and had the King's promise to have her Snjodainn (Riccardo), a great Volund leader,  was the great Trond Halstein Moe. The other tenor of the group Stallarhrut (Bruno) was Petter Wulfsberg Moen. As Arnaviv (Enriquetta), Queen of the Egds was Gro Bente Kjellevold. ¨

The two lovers comes from different people Svava of the Volunds and Vakar of the Egds.No politics is involved, it is just two different people and maybe different Gods. The cast of two Danes and the rest Norwegians was great. Fabulous singing of the soloists, a great chorus and orchestra conducted by Michael Pavelich, the man himself.

In this new production there was an added element Herkja, a Volve working for Svidre played by Jannik Bonnevie. The opera started with the vigorous prelude of Puritani and then full stop and then words, words and words and then finally the opera started again. I was bored while she explained the background or something. But then it started. Puritani is not Norma, it has many good parts but Norma has a story that makes sense and you can feel for Norma and Pollione and Adalgisa. Puritani, yes even in this Norse fantasy opera version has the same weaknesses. But the aria, and duets and ensembles are just smashing wonderful. And we had Bel Canto here and also stupidity as sometime come with bel canto repertoire. Trond Halstein Moe, the old wolf of Norwegian opera (I probably read to many novels about shifters) was wonderful as the young and dashing Snjodainn, powerful and so bel canto. I was surprised how little stage time Svavna, Bjørn Gisle Seter, had, but yummy. Trond Gudevold as Svidre and Ditte Højgaard Andersen in duet was amazing. Trond Gudevold was like a bel canto God, Ditte was the Godess of all. Gro Bente Kjellevold was great to stand out. The tenors Stallarhrut, Petter Wulfsberg Moen had such a beautiful tenor voice, but poor Vakar or rather Bo Kristian Jensen had all those nasty high note to press out.

It was a beautiful production in Nordfjordeid but I am sorry to say I am not totally on board but I think it is the opera's fault. I Puritani, I am sorry, but I can not love you.

Still it is totally you have to go and see and experience this. Because you listen to Met on Demand for hear some Puritanis and not even Joan Sutherland or Edita Gruberova are better than Ditte Højgaard Andersen!!! 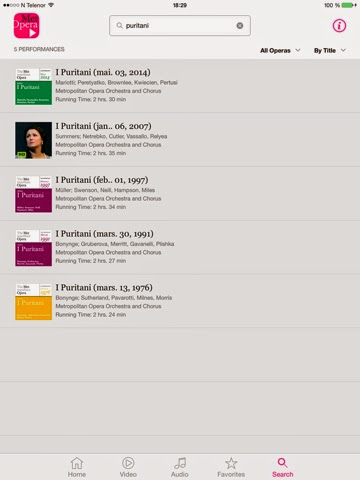 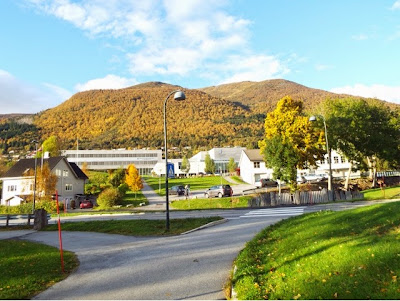 For reviews from my travels, see www.operaduetstravel.com
Written by operaduets on Thursday, October 09, 2014