My OperaDuets Travel in May: Vienna and Boccanegra

Friday 27th of May. A good night sleep, just 30 minutes to the airport and a direct flight to Vienna.A little before 12 the airplane left Frankfurt and after 13 it was in Vienna. Hotel Vienna Amadeus was just 5 minutes walk from Stephansplatz. I relaxed too long at my hotel. I used the the same time as Wiesbaden the day before but the opera in Vienna started 30 minutes before so I had to use McDonald's for food and after my operation I have had problems eating and drinking so I could only eat the pommes frites which I finally had the chance of eating at midnight.

Wonderful opera in Vienna. And even though I was home 2200 Saturday 28th of May. I was actually still tired on Monday at work. Of course to start the week with meetings are never fun. Simon Boccanegra in Vienna was wonderful and well worth the trip. It was hot, though! 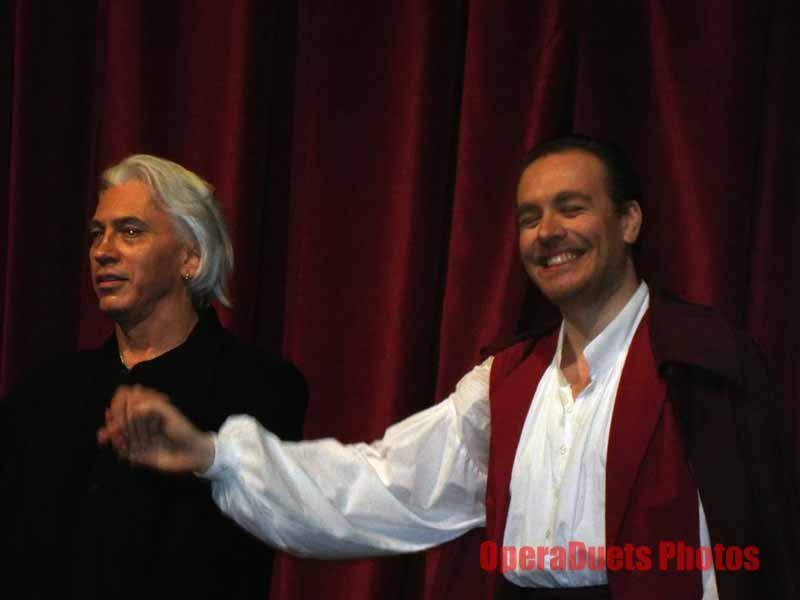 It was Dmitri Hvorostovsky's day, it was Francesco Meli's day.

For many people in the opera this was Hvorostovsky's day as he triumphed in the title role of Simon Boccanegra. For me it was the triumph of Francesco Meli. Ferruccio Furlanetto was also great. Adam Plachetka was an amazing Paolo and I would love to experience him as Simon Boccanegra himself.

Dmitri Hvorostovsky and Barbara Frittoli was soft and suave. They were perfect together but vocally their voices did not had the strength of Ferruccio Furlanetto or Francesco Meli. Furlanetto was the perfect Fiesco and Francesco Meli was the most wonderful and strong Gabriele Adorno. Adam Plachetka was the luxury of Simon Boccanegra.

This production of Simon Boccanegra in Wiener Staatsoper was just stupendous, perfect.
Written by operaduets on Sunday, June 12, 2016