Whitmonday 2012 and I am walking in Bilbao. taking photos with my phone. How lovely to walk in fine weather. To find the venue just 5 minutes walk from my hotel and to find a shopping centre that is open and so I can eat at McDonald's. I saw a restaurant and thought I could go there when I will be in midday modus. Unfortunately my dinner time is siesta time in Spain, so restaurants are closed, and I have to just choose something less worthy. 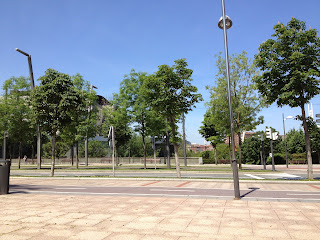 But that was not the only thing I am also feeling strong pains again and think I might start vomiting again. I am saved by a pharmacy close by the hotel. Primperan, now the threat of vomiting is more distant. Then for my pain I must take strong pain killers. It works. And then I can start walking to the venue, Palacio Euskalduna. 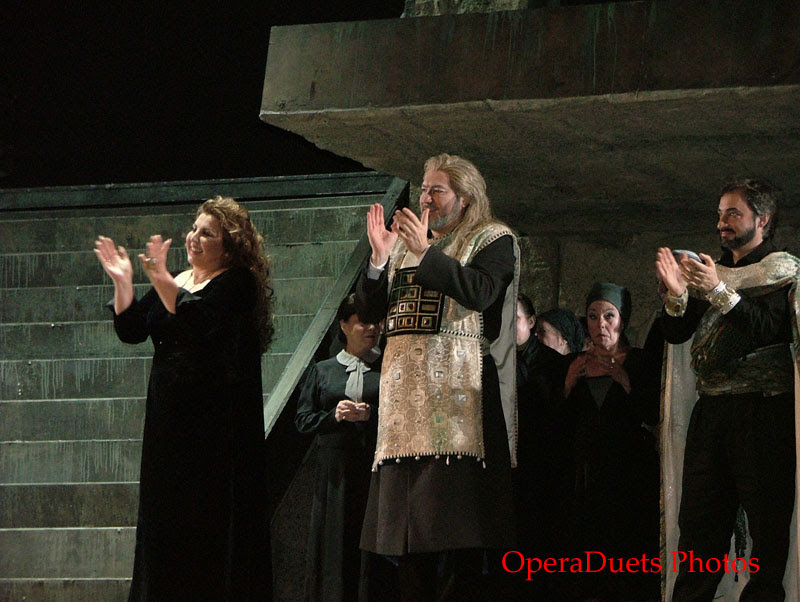 It is the best Nabucco production with the best singers. Only one thing stood out for me as problematic and that was the golden hair of Zaccaria. Golden hair in the Middle East what was that about? Carlo Colombara has dark hair and could have been more authentic as Zaccaria without fake hair. This production of Nabucco was one that seemed to be about authenticity as history goes. Ismaele is clearly marked by his cloths as a Prince of Judea. Zaccaria is also similarly marked an important person. There is no doubt that Nabucco is an Assyrian King. All clearly marked except that one is never shown the chorus in Assyrian cloths. They are always dressed in Jewish cloths. This can be explained by the fact that Jerusalem is taken by Assyrians pretending to be Jews. But that is just true in the first act.

This is a beautiful production, intelligent and wants to be truthful to the libretto. Roberto Frontali, who I have seen as Stankar in the ROH Stiffelio production, was a truly fine Nabucco. Alejandro Joy was wonderful as Ismaele. Strong singing, wonderful acting. Rosanna Rinaldi was also great as Fenena. But the star was Maria Guleghina as Abigaille.

Abigaille can be boring since she is sometime acted as just a one-dimensional villain. Maria Guleghina shows all the different emotions that is Abigaille. She is weak sometimes. In this production one sees Abigaille hesitate in some crucial moment. How ambitious is she? She vacillate between power and love. Most of all she wants to be accepted as Nabucco's daughter and to be loved by Ismaele. Her feelings for her sister Fenena is also torn. Love and envy. So Nabucco changes into a believer of the God of Judea. As Abigaille loses her life she is also going to her redemption and I personally believe more in Abigaille change. Nabucco is just about his daughter Fenena.

And how can this Monday evening end better: Backstage meeting with Maria Guleghina. VIVA!!! Not only that invitation to after-show party. WOW!!! It was wonderful except that PARTY was without partying. Just people standing and wine/small eatables, and ... Boring, but I love that kind of party, quiet and dignified with just a few guests in a not too big room. I saw the singers there: natually Guleghina, then Colombara etc... But then before midnight I went to my hotel. Just like Cinderella. 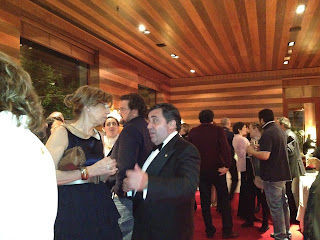 For reviews from my travels, see www.operaduetstravel.com
Written by operaduets on Tuesday, June 05, 2012